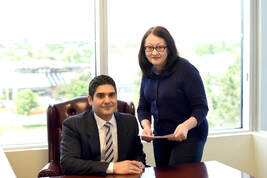 Car Accident Injury Lawyer Ontario
​Often times, car accidents occur where the at-fault driver either had no valid insurance or minimal insurance coverage.  Many underinsured motorist (UIM) claims arise from situations involving Canadians that are injured in an accident in the United States.  In these situations, the at-fault vehicle in the United States may have insufficient insurance to cover all of your loses.   Even worse than underinsured motorists, are the hit and run accidents in which the at fault driver flees the scene   Fortunately for the injured victim of either a hit and run accident or motor vehicle crash with an underinsured vehicle,  there is usually compensation available through their own insurance policy, which provides uninsured and underinsured motorist coverage. Most Ontario policies we see for underinsured and uninsured motorist coverage provide protection for losses of at least $200,000, and more often $1,000,000 or more.  This is a relief for victims that may have been seriously injured due to the negligence of another driver that was irresponsible and did not have sufficient or otherwise valid insurance coverage for the loss.

Underinsured and Uninsured Coverage also Applies to Accidents that Occur Outside of Ontario:
Ontario UIM Claims for Canadians Injured in the United States
Probably one of the best features of Ontario auto insurance is that it protects drivers, occupants and even pedestrians that are involved in an accident while travelling outside of Ontario, in the United States or another Canadian Province.  This coverage is available even if your Ontario insured vehicle is not involved in the accident.  So, whether you drive or fly for pleasure or work to another province or to the United States, you have protection in the event of an accident with an underinsured or uninsured driver.  The reason why this is so important is because many jurisdictions outside of Ontario have much lower insurance requirements for drivers.  If you are seriously injured in an accident in the United States for instance, there is a very high likelihood that you will be in a situation with an underinsured claim.

Ontario Statute of Limitations for UIM Claims (Underinsured and Uninsured Claims) - the Time Limit:
What is the statute of limitations for an Ontario Canada UM claim?
Every claim for personal injury in Ontario is governed by deadlines, and claims for underinsured and uninsured coverage from your own insurance has deadlines.  These deadlines, however, have historically been more difficult to determine for injured victims.  While the standard time line for filing a civil claim for injuries in Ontario is 2 two years, auto insurance policies have a shorter deadline and some additional notice obligations.  Fortunately, guidance has been provided by the Ontario Court of Appeal making it clearer for injury victims.  In the case of Schmitz v. Lombard General Insurance Company of Canada, 2014 ONCA 88, the Ontario Court of Appeal confirmed that the limitation period for a Underinsured Motorist Claim does not necessarily start to run from the date of the accident.  Instead, the Court recognized that these claims sound in breach of contract and, therefore, the time limit for the claim will commence  to run on the day after a demand for indemnity is made to the insurance company.  In many instances, this provides more time for accident victims to ascertain whether there is viable insurance before commencing a claim against their own insurer.

Ontario uninsured motorist coverage is a form of insurance that pays compensation for bodily injury that results from an accident in which a driver who is legally responsible for the injuries has no liability coverage.